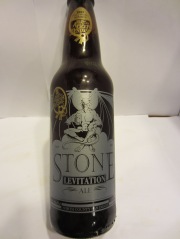 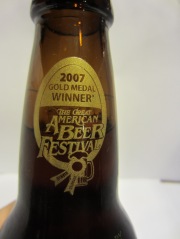 “We’re best known for brewing aggressive, big-character beers, but we love a great sessionable ale as much as anyone. Most beers at the less-weighty end of the spectrum lack flavor and depth as much as they lack high ABVs, but not Stone Levitation Ale! This deep amber brew has a rich maltiness, big hoppy character, citrus overtones, and an impressively modest alcohol content for a beer with so much flavor packed into it.” 4.4% ABV 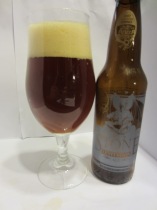 Poured from a 12 oz bottle into a tulip glass. The color is a deep reddish-brown, with a big, tan, bubbly head. Good lacing is left throughout. 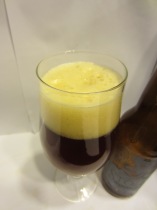 Lots of grapefruit and floral hops, some citrus zest, and a tiny amount of sweet malts. 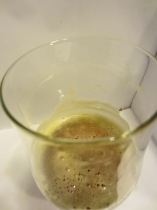 Medium/medium-thick bodied, much more than anticipated. Very smooth going down. A good amount of bitter hops come through initially, leading to an aftertaste combination of the aforementioned hops and a light, bittersweet malted barley flavor. 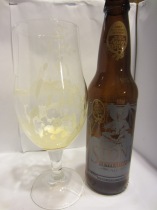 Stone has accomplished what they set out to do with this brew, creating a toned-down (by Stone standards) ale that is easy to drink and sessionable. It still carries very distinguishable Stone characteristics, and the hops are very flavorful for such a small brew. Definitely an IPA-lite, this beer could be used as a stepping stone for someone who wants to venture into the bitter/hoppy spectrum of ales. 7/10